¡Increíble! More Destinations on AirAsia via other Airlines on airasia.com

The news can been circulating all across the market and we cannot be anymore excited. Airasia has expanded its online offering to include flights on other airlines as it transforms airasia.com into Asia Pacific’s leading travel and lifestyle platform! 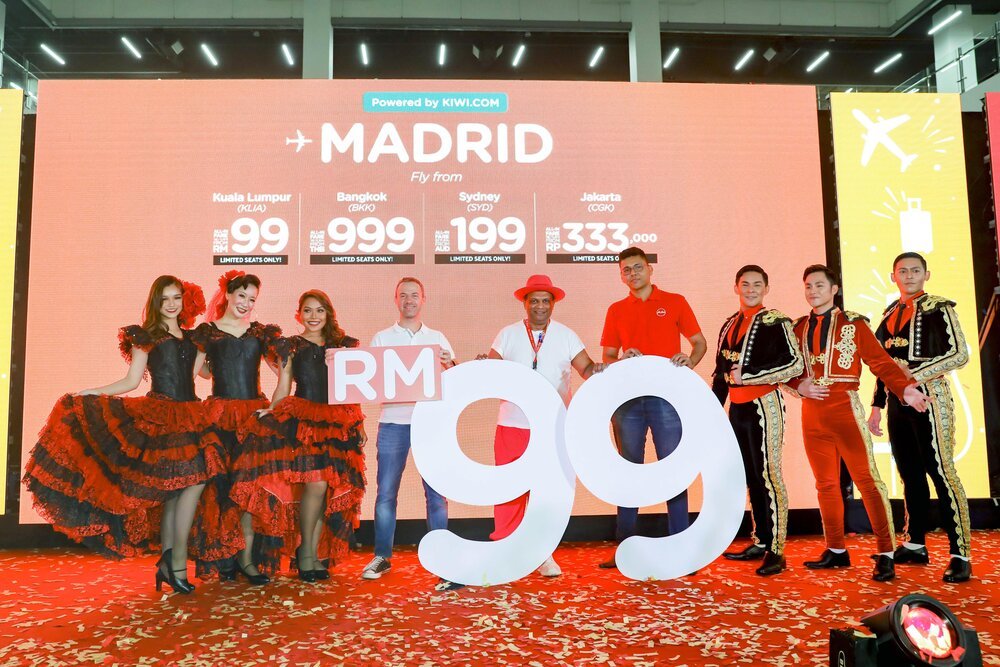 Announced in partnership with leading travel technology company Kiwi.com, destinations such as London, Dubai, Madrid and Auckland are now available to the more than 50 million travellers. Airasia.com CEO Tony Fernandes said, “Today is an unbelievable day. When we started AirAsia as a low-cost airline back in 2001, I never thought one day we would be selling our competitors. But if there’s one thing I’ve learned, it’s never say never. Never say never and believe the unbelievable. Today, with the help of Kiwi.com, we are reinventing ourselves as more than just an airline, bringing to life our vision for airasia.com to be the region’s one-stop travel shop.”

airasia.com Head of Airline Distribution Rajiv Kumar said, “In addition to the strategic partnership with Kiwi.com, which is focused on content and technology sharing, we are also exploring opportunities to partner directly with airlines and companies who complement our existing network and travel services beyond Asia Pacific.”

Powered by Kiwi.com, AirAsia’s website users will be able to book travel on more than 100 airlines to destinations currently not served by AirAsia, including Europe, Australia, New Zealand, the Middle East and the Americas.

To celebrate the announcement and its partnership with Davis Cup by Rakuten, which takes place on 18-24 November 2019 in Madrid, Spain, AirAsia has kickstarted a global marketing campaign featuring its very own Spanish Allstar, airasia.com Head of Product Pablo Sanz Salcedo.

The campaign comes off the back of the company’s reorganisation, which separates AirAsia’s airline operations from its travel and lifestyle arm, airasia.com. Since the reorganisation was announced in August this year, more than 700 Allstar staff have been recruited, and in addition to being based across Asia Pacific, a new airasia.com campus will open in central Kuala Lumpur early next year.