5 Films You Can Watch To Fuel Your Wanderlust [Part 1] 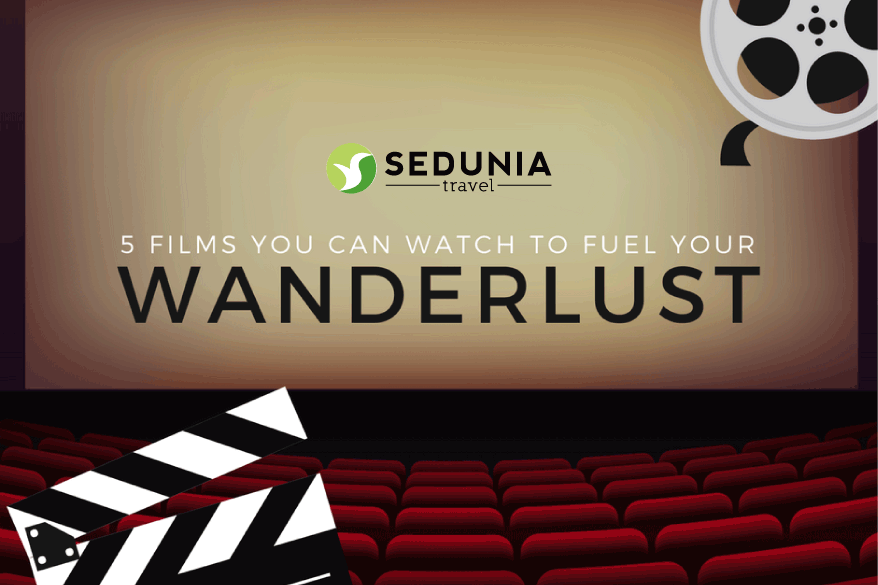 Bored at work or at home? Need more fuel for your wanderlust? Here are 5 films you can watch to keep your passion for travel burning

1. The Secret Life of Walter Mitty

The film that inspired a generation of travellers and told us what life really is - about courage and going into the unknown. Prepare to be inspired, and have a few laughs along the way as you follow Walter Mitty, the titular character, on his journey of self-discovery to Greenland, Iceland and the Himalayas, all of which are actually filmed on location in Iceland itself!

The film that started the whole craze and quite single-handedly put Bali on everyone’s tourist radar! Based on the best selling novel of the same name and starring Julia Roberts, Eat Pray Love features one woman’s search for everything across Italy, India and Indonesia.

Although the film ended on a tragic note, the first half of Everest is truly inspiring and spectacular, documenting in great detail the breathtaking beauty of the Himalayas and the trials and tribulations that go along with summiting the world’s highest peak.

Out of the nearly endless Bollywood offerings, none can quite capture our imagination the same way Jab Tak Hai Jaan did. Of course, no one could resist Shah Rukh Khan’s magnetic charisma on screen, however the film’s locations really sold it! Part of the film was filmed in London, however whenever it transitions to the magical landscapes of Kashmir and Ladakh, our breaths were literally taken away!

5. Hector and the Search for Happiness

Here is one film you’ve probably never heard about, but everything about it screams wanderlust! It follows Hector on his journey around the world, featuring  locations such as China, Tibet, Africa and America in search of the meaning of happiness. Just as the film so adequately suggested, it’s everyone’s obligation to be happy. So if travel is your definition of happiness, by all means, go for it!

7 Cultural, Arts and Music Festivals across Australia to Plan Your Trip around