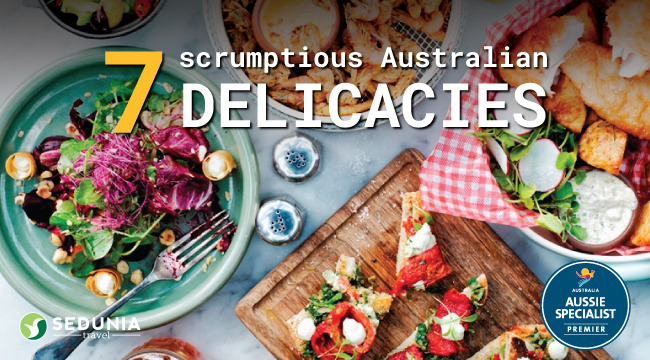 Australia is a melting pot of food culture blending the best of Anglo-Saxon origin with the traditions of various migrants. Here we summed up 7 foods you have to savour during your upcoming trip. 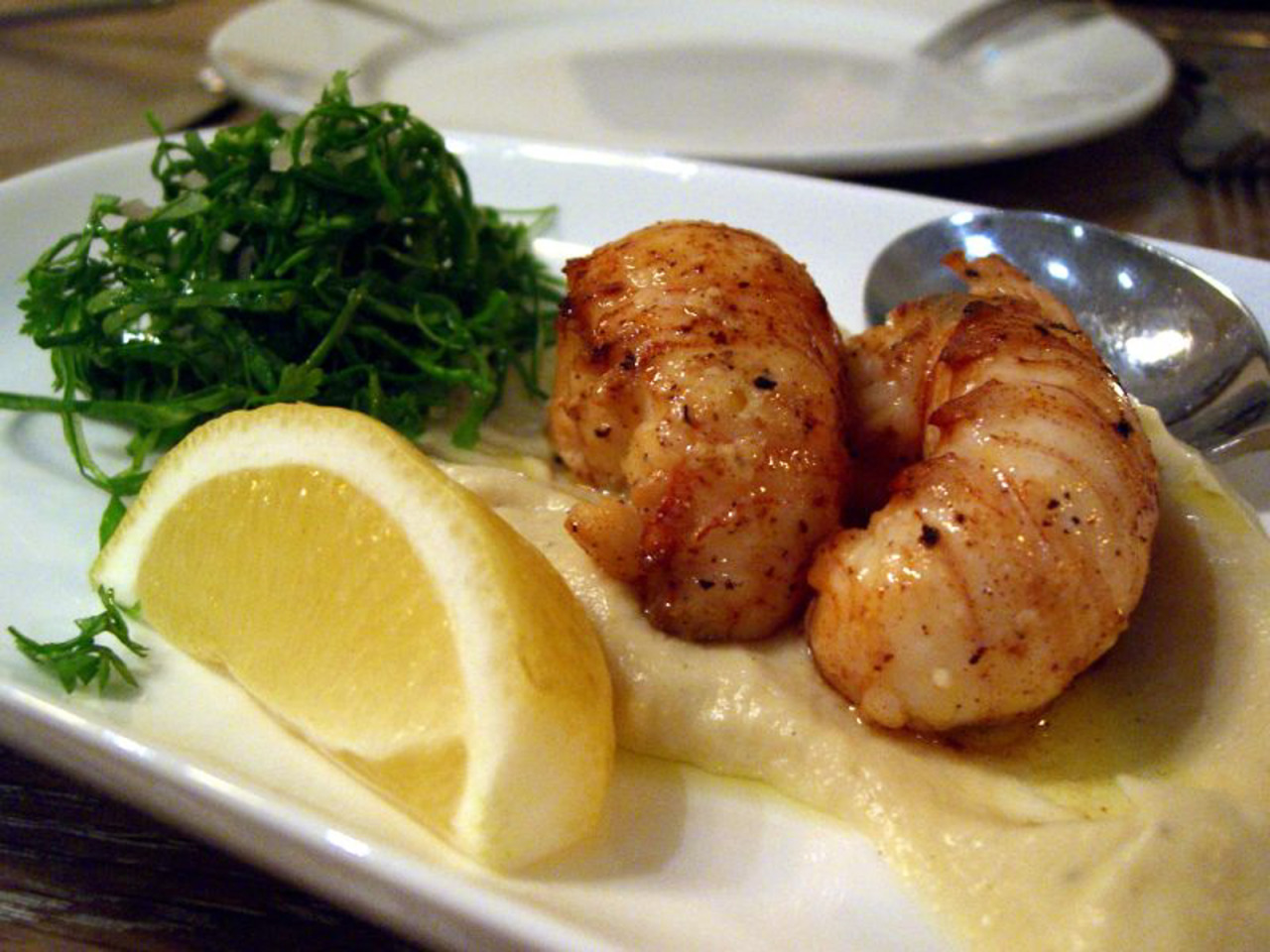 Photo credited to Alpha on https://www.flickr.com/

Moreton Bay, Brisbane offers a lot of fresh seafood options, including the delish Moreton Bay Bug. Don’t be put off by the name it is truly scrumptious! You’ll find Moreton Bay Bugs featured in seafood dishes all over Australia. It is usually cut in half, drizzled in butter, lemon or other seasonings. Sweet & tender, it’s simply irresistible! 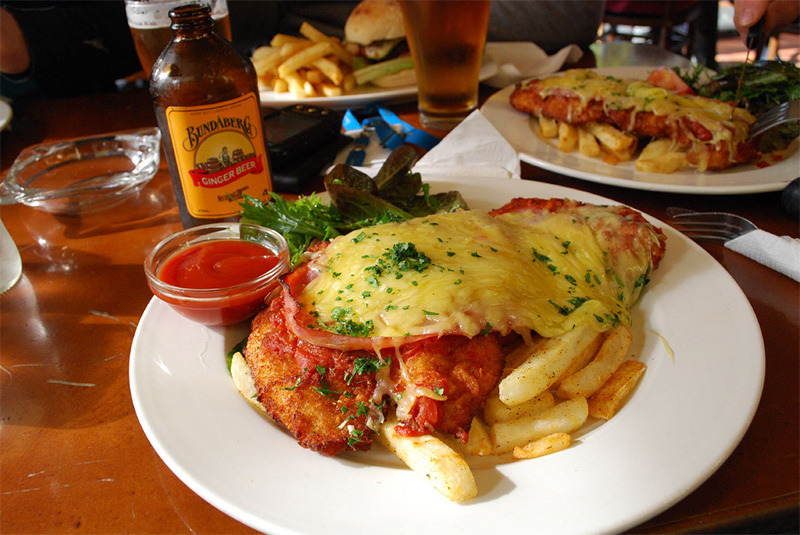 Photo credited to Alpha on https://www.flickr.com/

This flavourful chicken dish with roots in Italian-American cooking is a staple offering on almost every pub menu across the country. Typically served with salad and chips, it is often referred to as Parma, literally a bona fide Aussie Pub Classic. Originally eggplant based, it has evolved into a chicken schnitzel topped with tomato sauce, melted cheese and prosciutto ham. 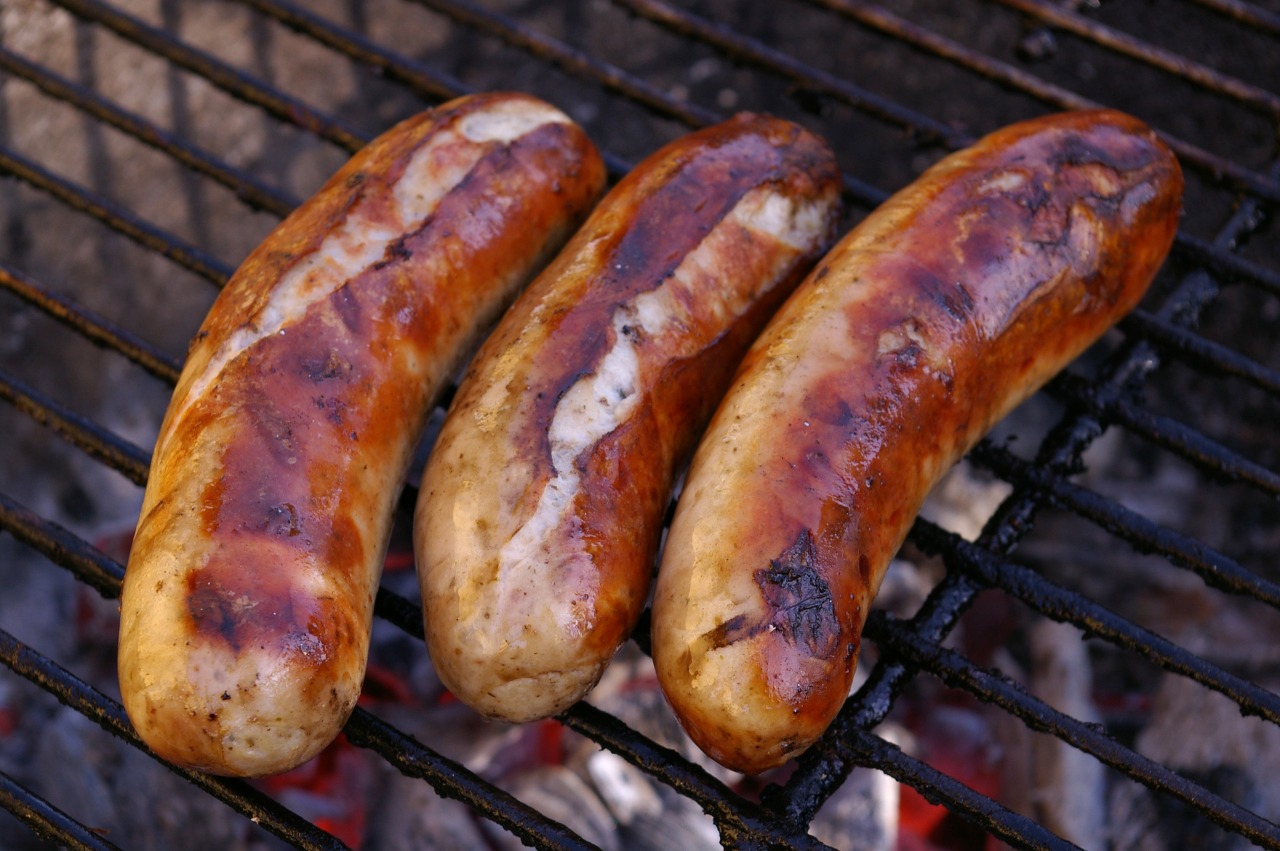 Nothing is more Australian than a barbecued snag! Traditional Australian sausages are usually pork or beef, but if you’re feeling adventurous, there are other animals to sample. Wrap a slice of bread around your snag and top it off with some fried onions and your favourite sauce. Whip up a barbecue on a coastal holiday and try making them yourself. 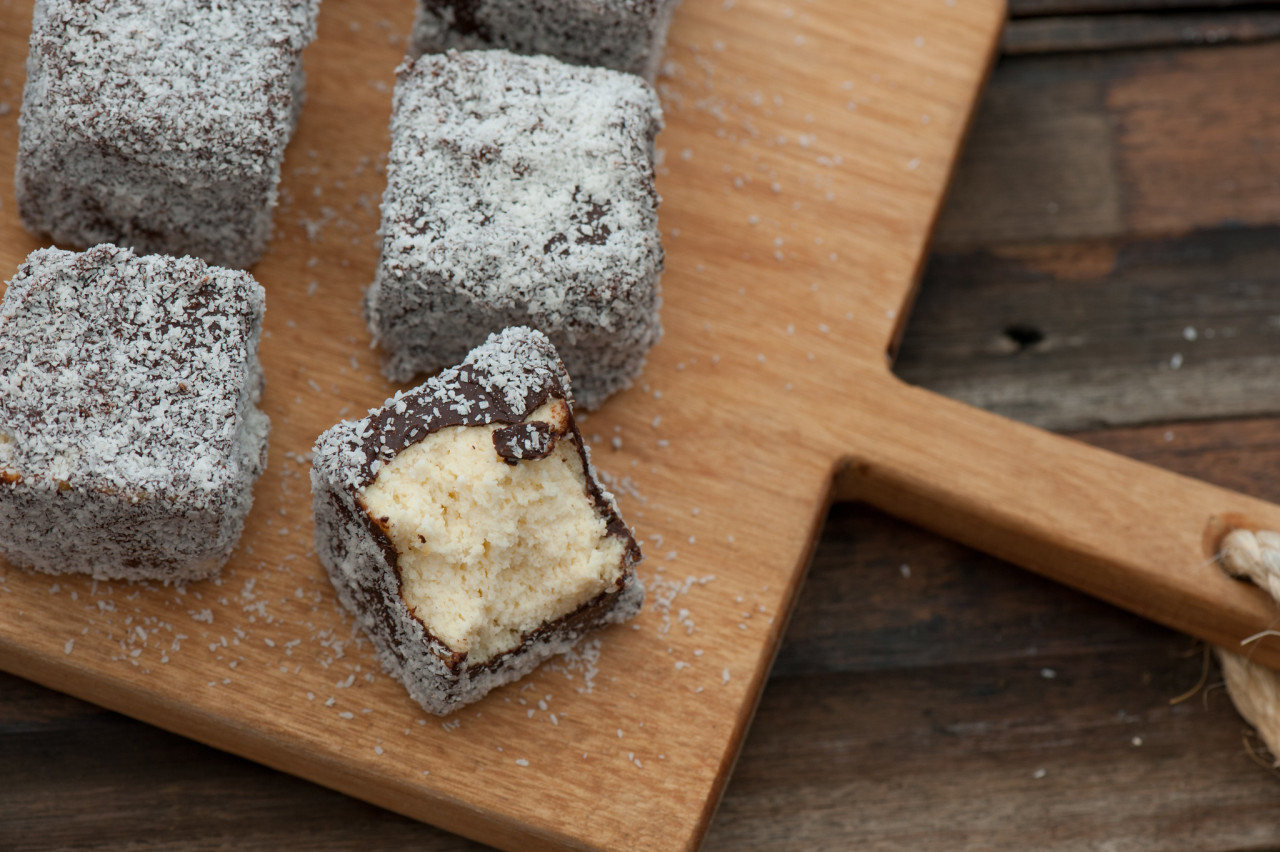 Photo credited to Jules on https://www.flickr.com/

Lamingtons are unofficially recognised as the National Cake of Australia. This iconic cake is a soft, sponge cake covered in chocolate icing and rolled in desiccated coconut. It sounds simple, but when you eat it fresh, it tastes like a sweet mouthful of clouds floating in the heavenly skies. This Australian dessert is a favourite with coffee or tea. Lamingtons are often sold in bakeries or markets all over the country. 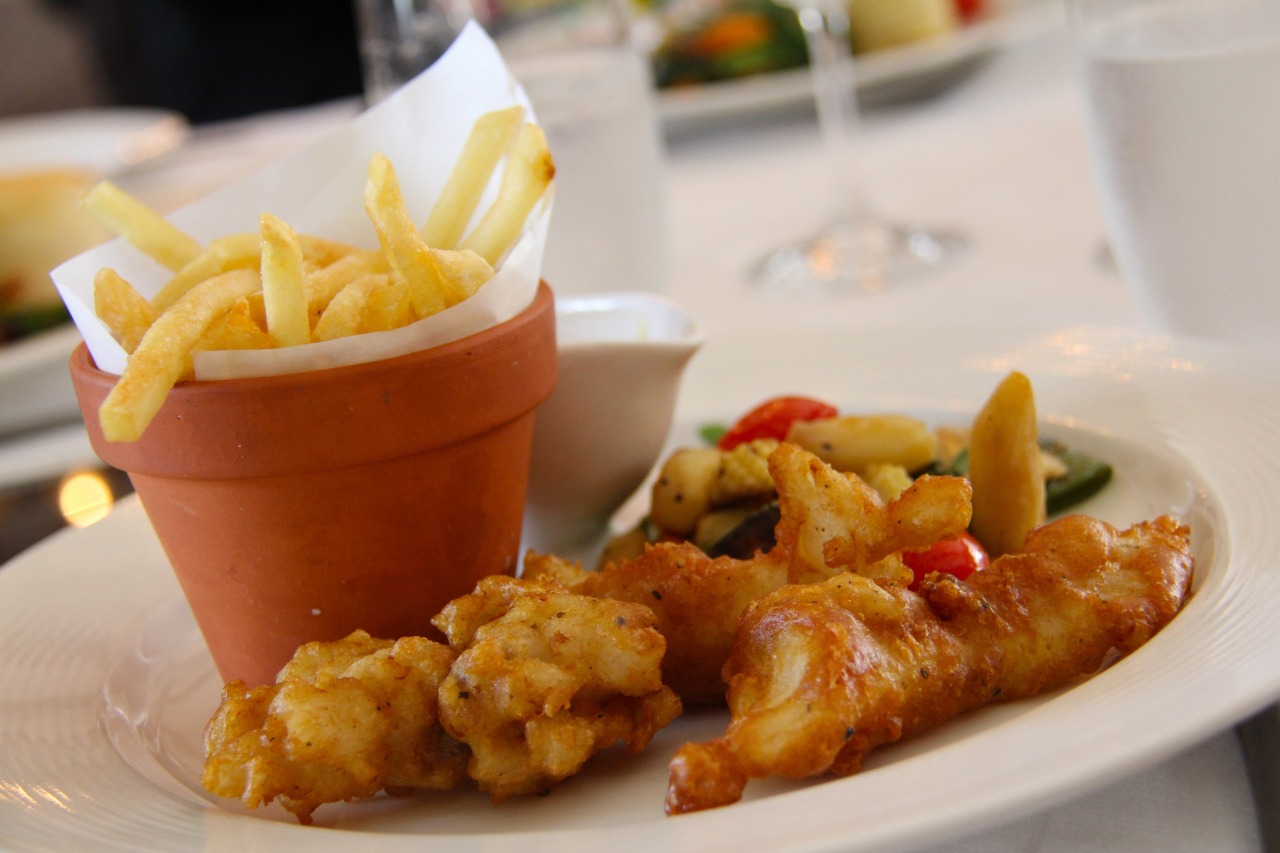 Nothing beats fresh fish and chips with a lemon wedge down by the beach. Try one of Australia’s famous fish, the barramundi. The name Barramundi is Aboriginal for ‘large-scaled river fish’. Grilled, fried or seared skin-side first, this delicious fish makes fish and chips a true Aussie meal. Head up to Queensland to get some of the best fish in the region. 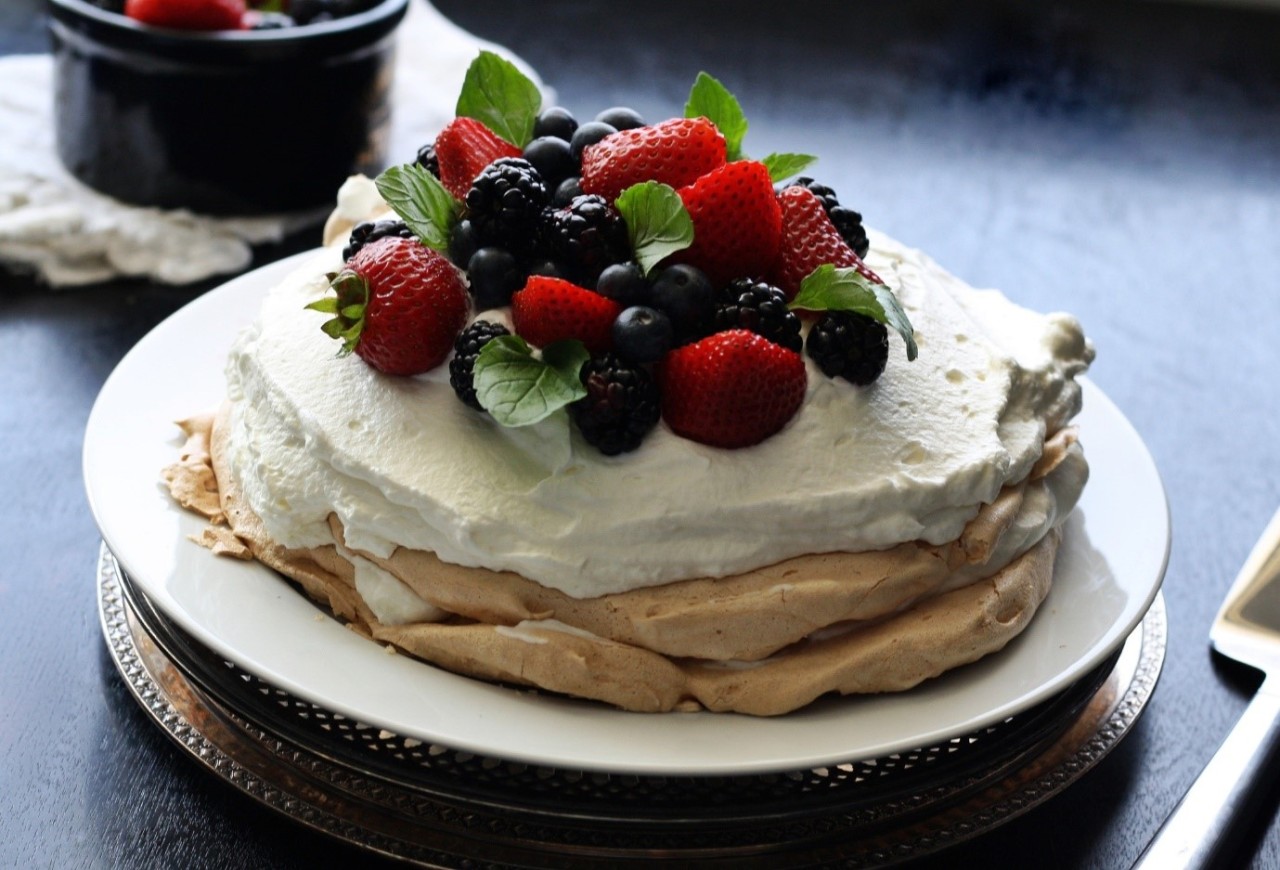 No Christmas, New Year, Labour Day, Birthday or afternoon tea would be complete without a good ol’ Pavlova. With its crisp crust and soft, light centre, decorated with whipped cream and fresh fruit, it is hard to say no to a pavlova. If you’re seeking to try a traditional pavlova, the Green Refectory in Brunswick, Melbourne sells them by the slices or you could even pick up a whole cake. 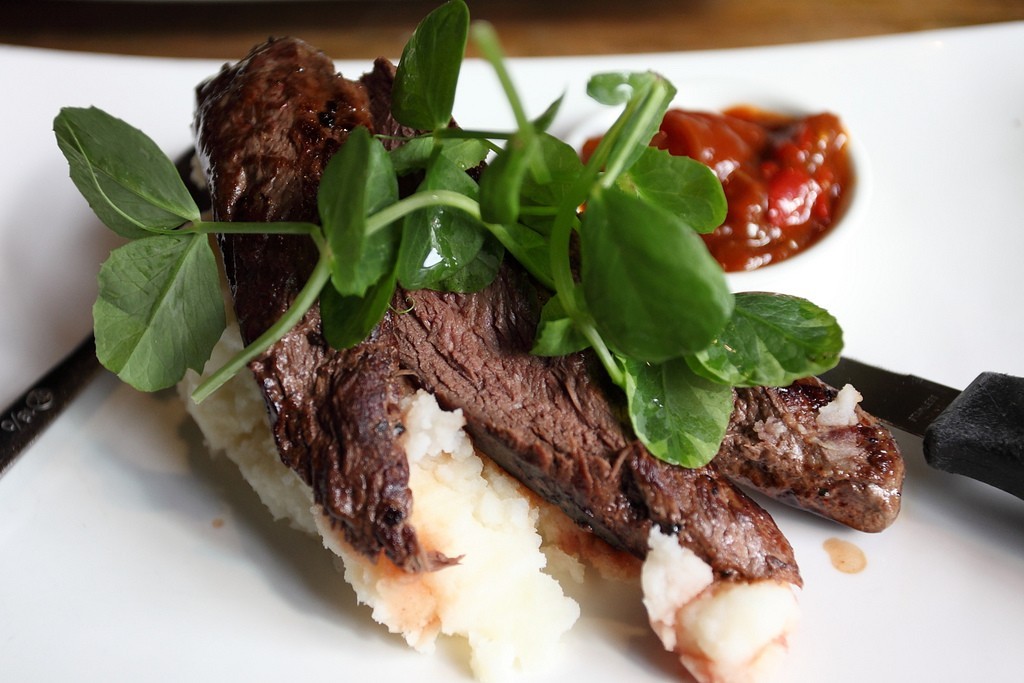 Ever wondered why Australians eat one of their most popular animals?  As a staple food of the indigenous communities for centuries, this gamey meat boasts more protein and iron than beef, a good source of omega-3 and fewer calories and fat content. Served in its simple form as a steak, you can taste it at one of the many restaurants Down Under.

Calling all Foodies! Chow down on these Australian delicacies on your next Australia trip and you’re likely to encounter a few flavours that come as something of a surprise.