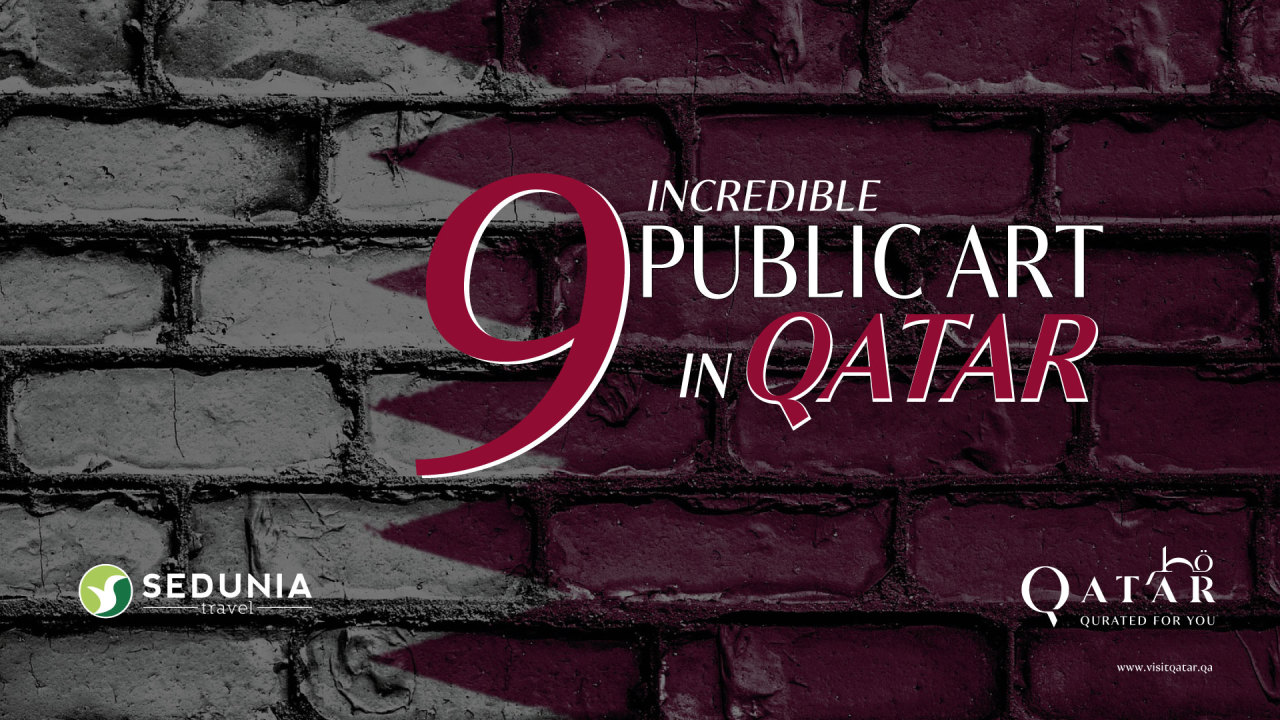 Aspiring to make Qatar the cultural capital of the Middle East, the country has taken on the artistic route by bringing art into the public realm to explore a broader audience around the streets of Doha to the local creative scene. To persuade local talents to establish an organic connection in art, the local community array various forms of skill in the public area with a range of public art installations by leading international artists around the country. Here we showcase some of the most imposing Public Arts around Qatar; it’s simply amazing!

Marking the most significant success in Qatar’s history, Qatar Museums revealed that a new public art piece by a recognized French artist César Baldaccini. This historic heart of the city with a bit of modern history, blending the traditional with the contemporary. Le Pouce, in the shape of a gigantic thumb, is one of its creator’s signature pieces. It becomes the latest addition to Qatar’s large-scale public art collection, aims to connect public crowds in Qatar with inspiring works of art through unexpected interactions in daily life. 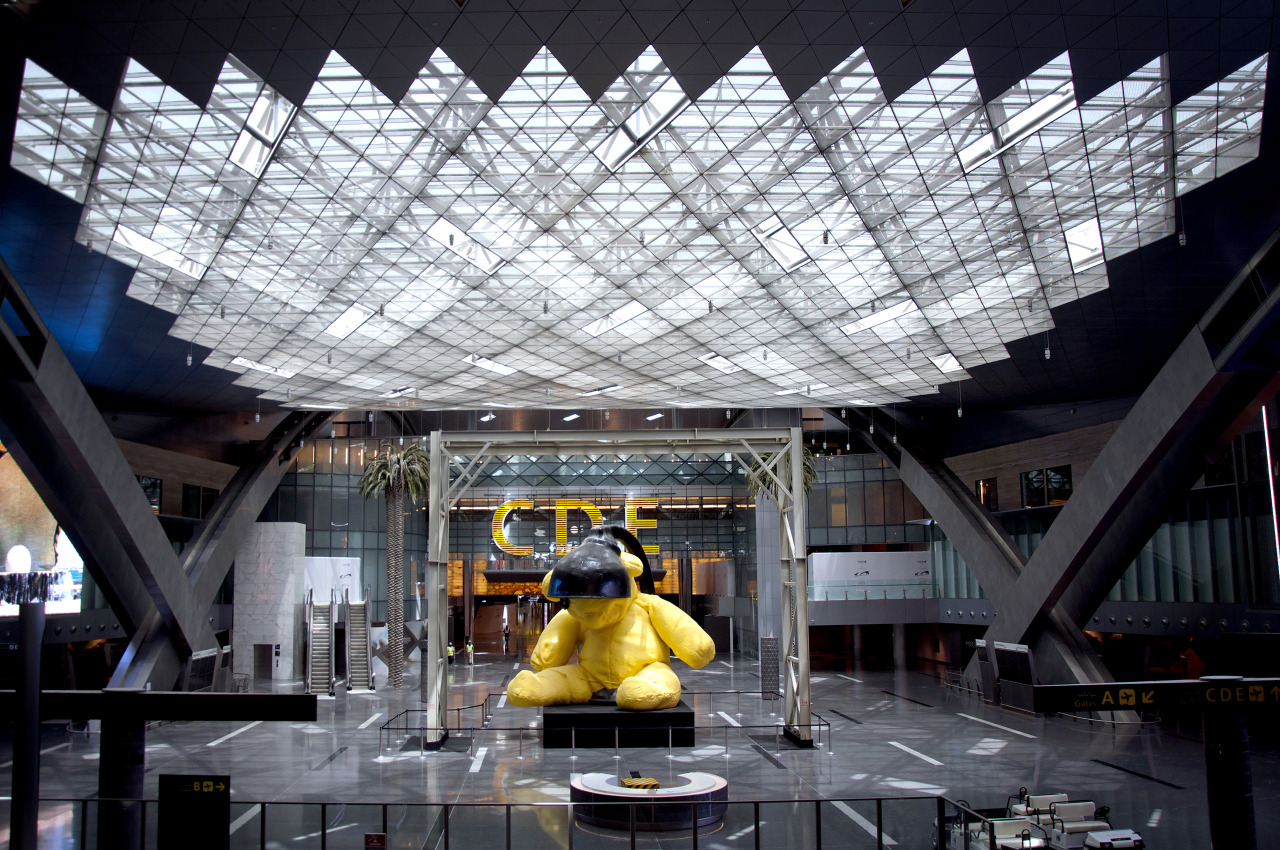 This giant bronze sculpture by Swiss artist Urs Fischer was auctioned off at Christie for $6.8 million takes centre stage and welcomes passengers in the departures terminal of Hamad International Airport in Doha, Qatar. 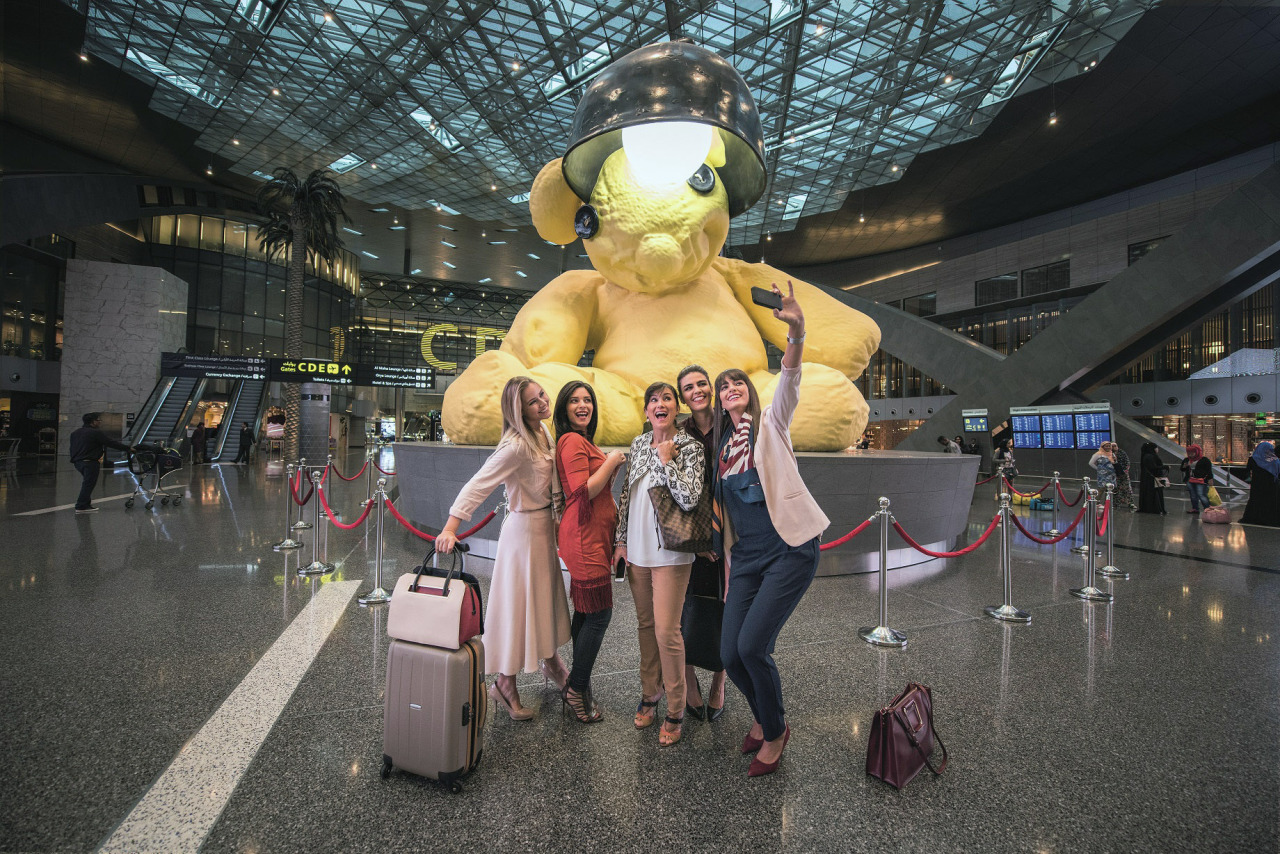 It is a 23-foot canary yellow teddy bear carved from bronze blissfully sit inside a lamp in the grand foyer leading to HIA’s world-class duty-free hall. It enlightens the space around it and recalls travellers of precious objects from home. 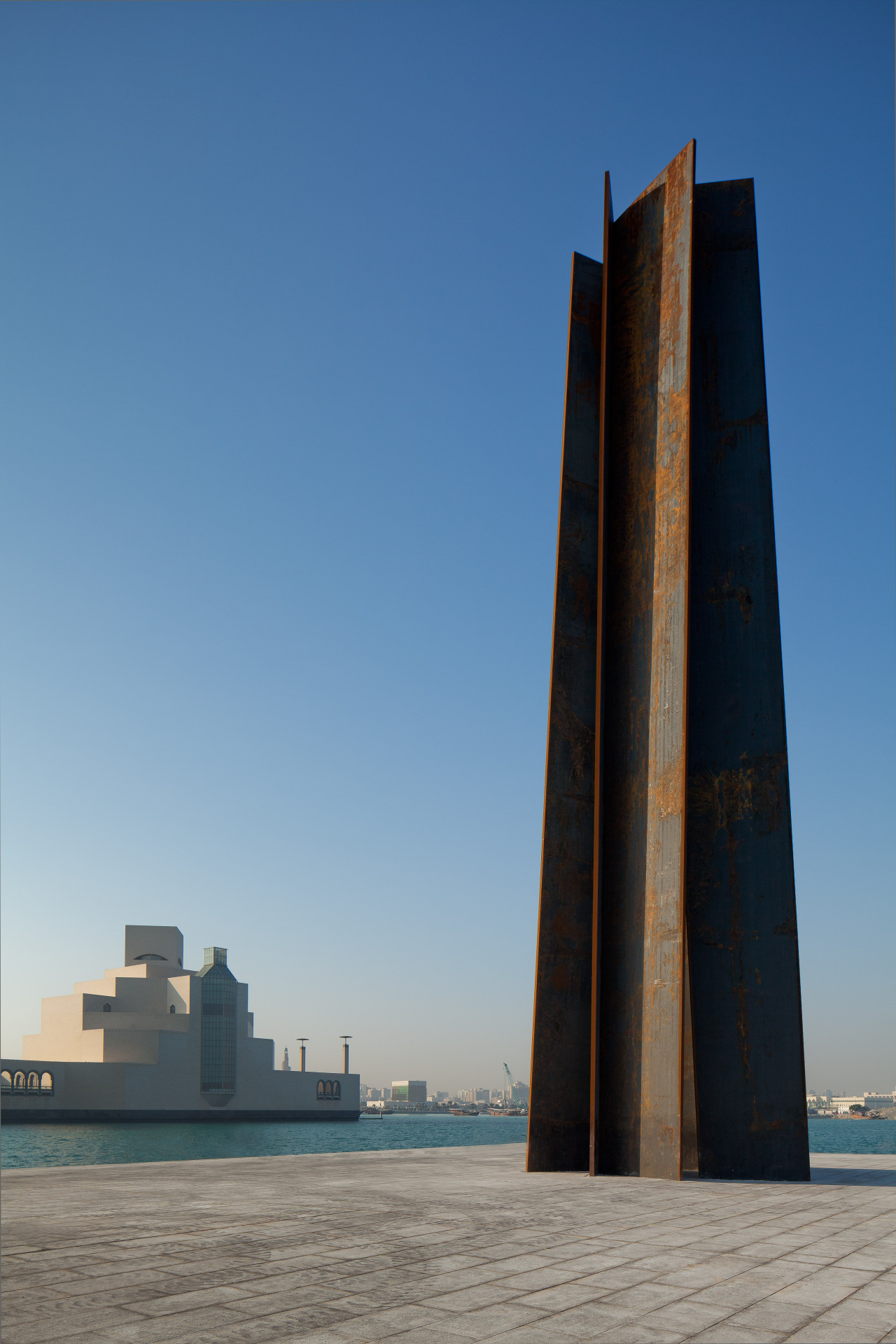 American artist Richard Serra designed the ‘7’ Sculpture features a looming 80-feet tower by the pier of MIA Park (a crescent-shaped promenade). It was unveiled in 2011, the towering piece overlooking the Doha bay and embracing the surrounding greenery of MIA Park. 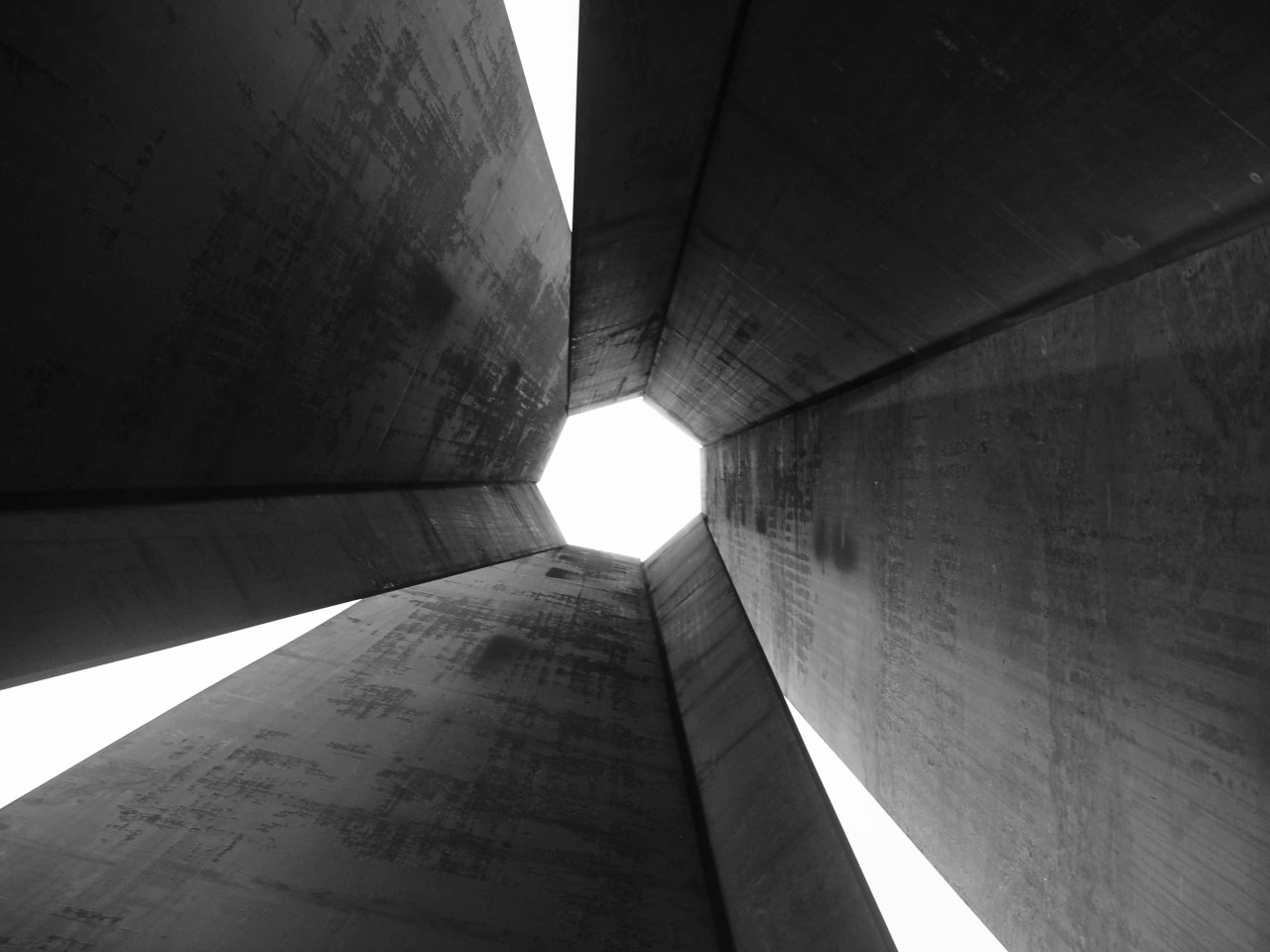 The number seven has spiritual significance in Islamic tradition, Serra pays tribute in this sculpture and built from seven steel plates. Inspired by a minaret in Afghanistan, this is the tallest art piece ever made by Richard Serra and his first installation in the Middle East. It made from 7 steel plates, each 78 feet high and 8 feet wide and arranged in a seven-sided shape. 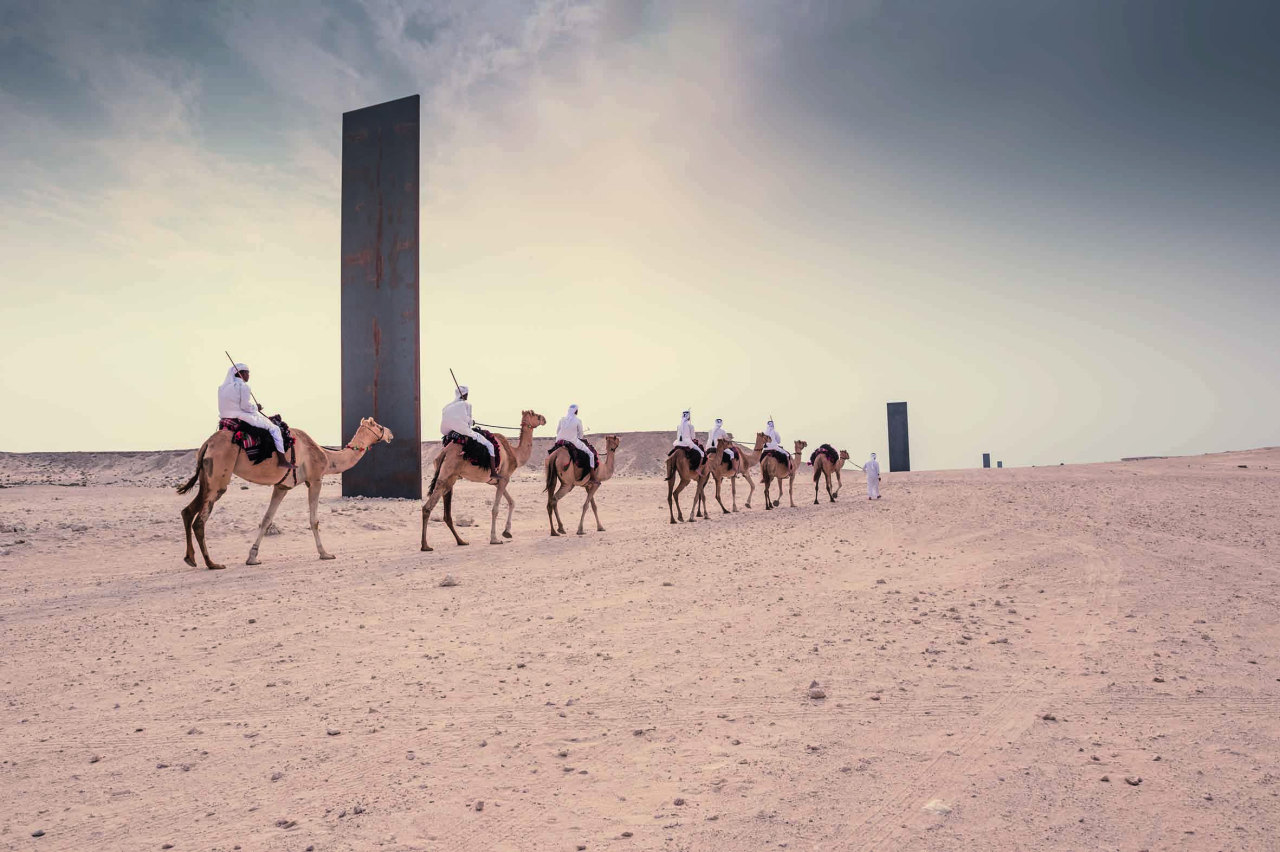 Located in one of the most remote areas in Qatar, this imposing East-West/West-East installation spans over a kilometre and comprises four steel plates in the Brouq Nature Reserve. Each over fourteen metres in height. To pledge perfect alignment, Richard Serra examined the topography of the land and appealingly enhanced the vast, bleak space in the heart of the desert. The result is spectacular and timeless, and the American sculptor has called this sculpture his most fulfilling piece. 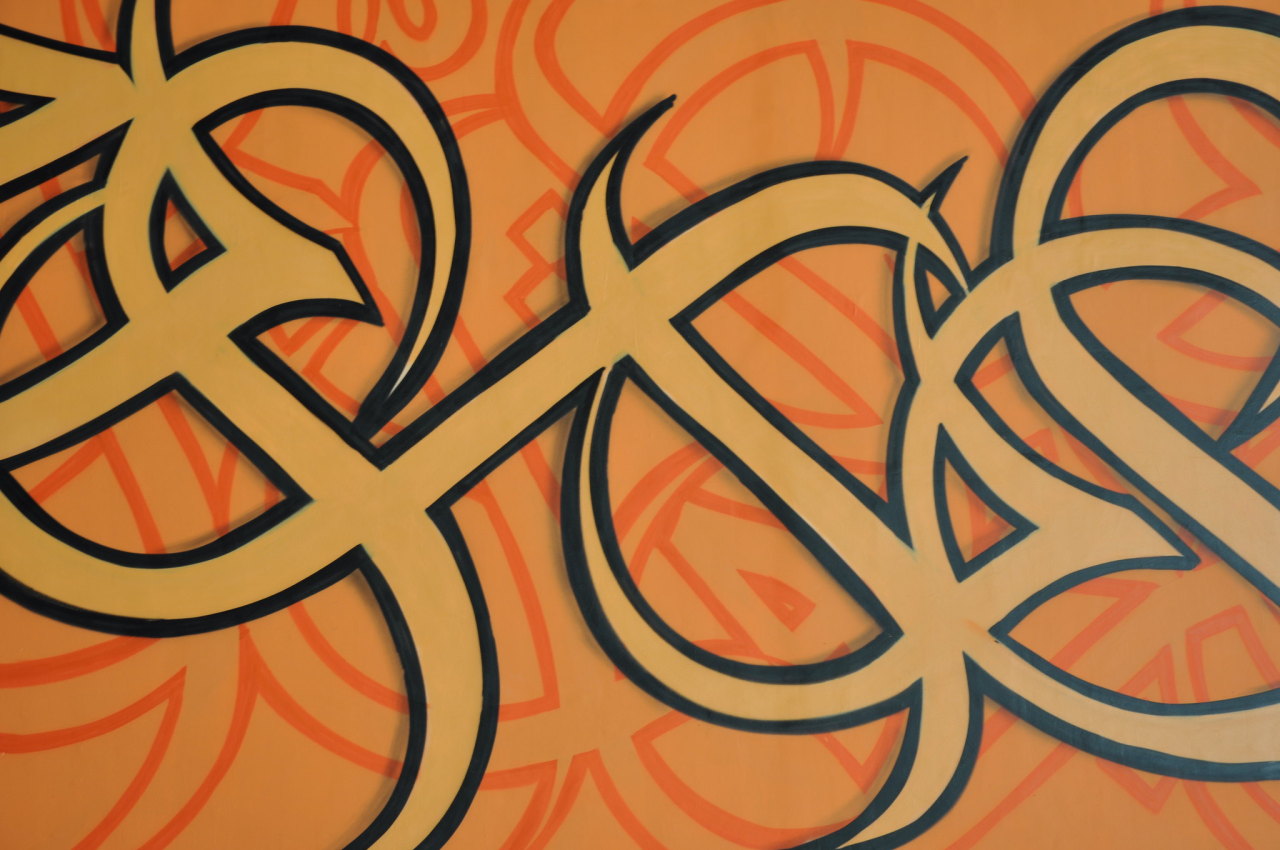 In Arab culture, calligraphy has a rich history, and you can often see the beautiful writing adorning jewellery, buildings, or as simple words phrases. When you take it to the street and painting walls, then you get Calligraffiti as French-Tunisian artist El Seed calls his work. Fifty-two large murals blending Arabic calligraphy with the Western art of graffiti, El Seed’s graffiti art is in recognizable feature for anyone travelling along one of the buzzing roads in Qatar. Each mural inspired by an aspect of life in Qatar, it becomes one of the city’s most distinguished example of public art. This giant spider sculpture sits in Qatar’s National Convention Centre – a stunning home that makes it all the more striking. It stops visitors in their tracks, allowing them to encounter art in an everyday setting. Louise Bourgeois captures a fragile moment, where a protective mother carries her eggs through marble, bronze, and stainless steel reveals the beauty in an initially intimidating object. The powerful art piece called Maman, meaning “mama” or “mommy” in French. Louise Bourgeois explores the meaning of motherhood and alludes to the strength of her mother, whom she lost at the age of twenty-one. 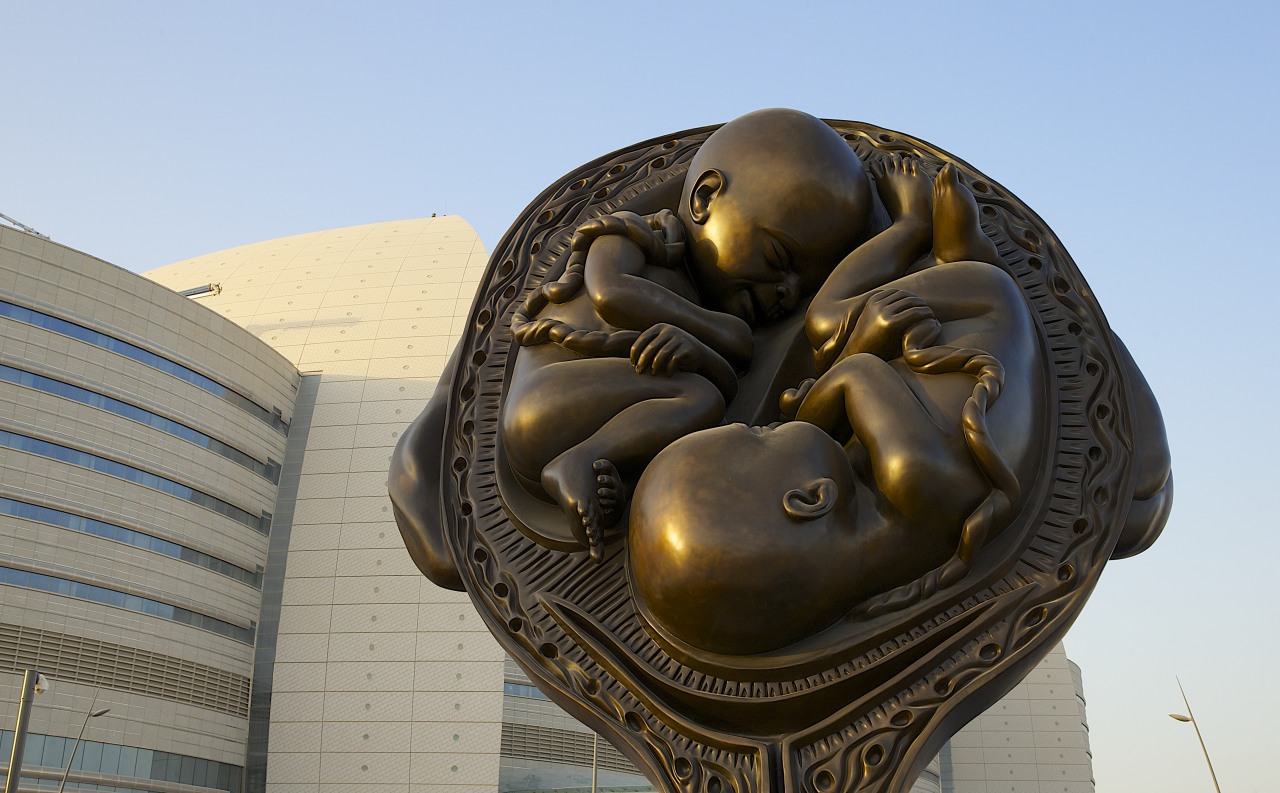 The Miraculous Journey is a set of staggering figures of a baby growing in a uterus. This installation is situated at Sidra Medical Centre speaks the beauty of an extraordinary human process special dedicated to women and children, the venue and pieces empower each other. The outrageous installation is a series of fourteen sculptures, charting the progress of a new life in a uterus, adding a set of twins, and ending with a 45-foot-high model of a new-born baby boy. The first “nude” sculpture in the Middle East, even if it is merely a baby. 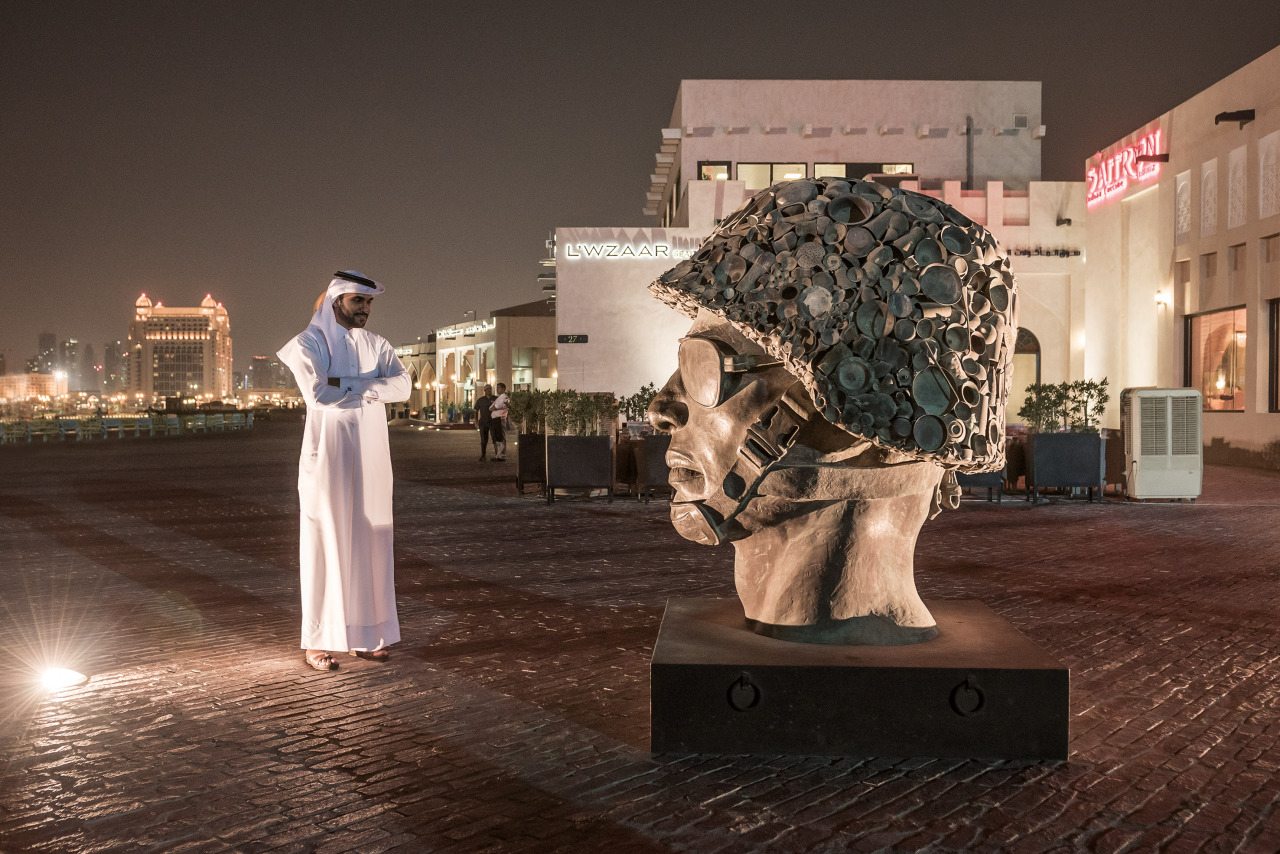 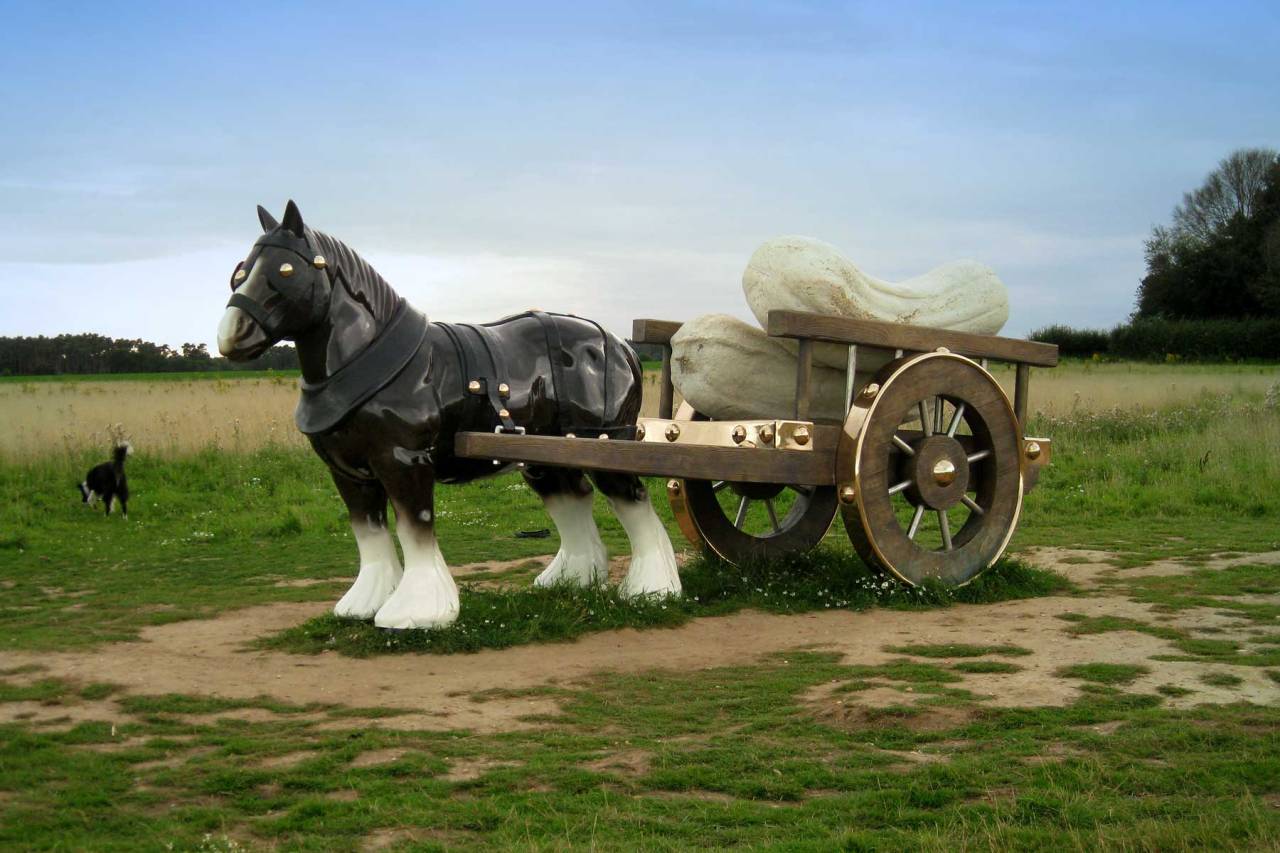 Photo credited to mira66 on https://www.flickr.com/

Adored by children who play in the Aspire Park, Perceval is a bronze sculpture of a shire horse leading a cart containing giant marrows which is the artist’s only famous piece of public art and homage to British culture. That is the unique touch of Sarah Lucas, creating something that would be ordinary in one part of the world but stands out as something unique in another. Lifelike and looking very out of place for the region, this one is a local favourite, probably because it is built to scale and makes a nice switch from the more ordinary found camels.

Calling Art aficionado, make sure you visit these nine eye-catching Public Art Pieces in Qatar on your next vacation. Book your Qatar tour with Sedunia travel now.